I debated my alter ego, whether or not to tackle the subject of the virus. Without getting too cute, there is that Chinese curse, ‘may you live in interesting times,’ that lingers in the sub-conscience.

It bothers me that people are divided when the world needs unity the most. And what is the real virus? Is it the government? I believe so. But the extension of that is the media, an industry I am familiar with. This is not, by the way, a post about the devolution of the press. I can perhaps write about that later. Although others, such as David Icke, are more eloquent than I.

I have lived many lifetimes and I always recognized myself as an old soul. I recognize falsehoods and deception even if I cannot explain it. But in this devolution of humanity, healers, freethinkers and alternative views are considered either dangers or invalid. The world is ruled by technocrats. And technocracy allows for little criticism and deviation.

But because the gift and the curse of the internet is available to us, a dangerous thing for them, we can at least for now, do our own research. What you do with the information, is up to you.

Here are five videos that will be the beginning of your thought journey. You don’t have to agree. That’s the beauty of this experiment.

Aaron and Melissa Dykes are a couple from Austin, Texas run Truth Stream Media and dedicate their time to finding the truth about everything from politics to other real world news. They tear conventional ‘truths’ apart with solid proof, scouring through government documents, news stories, books and other media to reveal what the mainstream news will never allow for us to digest. Here is an episode called ‘We’re Living in 12 Monkeys’ that exposes the origin and purpose of COVID-19.

Shashana Zuboff is a Harvard professor who wrote ‘The Age of Surveillance Capitalism,’ an alarming and detailed explanation of what companies do to our data. Now, I take anything that comes from Harvard with a grain of salt. I can explain more about that in a later post. But this is something that is pretty much hidden in plain sight. 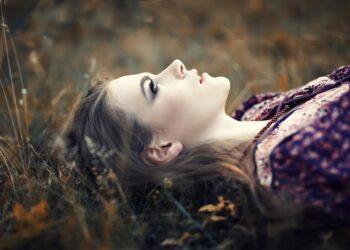