Thank you for joining me again. This has been an incredibly difficult year and it seems like the vibrations of our planet have plummeted. I feel distressed really. Where I live we are going to go back into a lockdown for Christmas. And speaking with colleagues, friends and family, pretty much everyone I know is fatigued. This has taken a toll on our mental health. And the first step to having solid physical health is to have good mental health. Eastern medicine knows this. But the west has some catching up to do.

The purpose of Solphia is not to get political. I don’t subscribe to any political ideology. I don’t support any politicians or, so-called leaders. And the reason, I think is because I was trained as a journalist. My instinct at this point is to be skeptical. To distrust. Which is difficult to reconcile that with my new spiritual self. I don’t want to think that everyone out there is an evil blood-sucking entity. I don’t want to think that all the people at the top of the food chain want our demise.

That is why I debated about posting this audio that I found. But I feel that part of being a new spiritual person is to take the experiences that are given to you, little clues along the way, and share them because they are important and necessary. They are messages from the beyond. Part of the destiny that you actually chose before being born. I know for some of you listening to this, it sounds crazy. And it is if you haven’t seen the other side. I’ve seen the other side. I’ve communicated. And I want to talk about that in later episodes.

Going back to the audio that I found, I have to tell you about London.

In July of 2017, I went on holiday to Ireland and London with a friend. And while we were walking around Westminster Abby, we saw a group of Chinese people practicing Falun Gong meditation. Falun Gong is also a religion. We stopped by to ask what was going on, and a lovely woman explained to us that they were protesting.

The woman, and I’m sorry I don’t remember her name, she explained to us that they were protesting the organ harvesting and there was to be a talk about this issue. I told the woman that I was a journalist and asked her more questions. She then asked me if I wanted to participate, in which, of course, I said yes. She put me on the press list.

I am embarrassed to say that I never really heard of organ harvesting. I mean, I kind of knew what it was. You hear about organs being sold on the black market. But honestly, I never even thought of it. Let alone know that it is something that the Chinese government is heavily involved in, amongst other crimes against humanity.

Later that evening, I went back to Westminster and was given a badge and access to the spectacular building. I mean, yes it was surreal. Walking through and seeing the entrance and then walking up the steps. I wasn’t allowed in the parliament area. I had to ask several people where the room was. It was like being in a film or book. I finally found the room and it was a small group of people. There were a few MPs, one from Northern Ireland, in fact. There was a writer named Ethan Gutmann who went to China undercover as a tourist to investigate to see if these horrors were real. And they were. He wrote a book about it called The Slaughter.

There was also an older Chinese woman who was imprisoned for practicing Fǎlún Gōng. I mean, she did hard time. And, as you can imagine, a Chinese prison is probably the worst kind of prison. It’s an emotional testimony that I am honored to share with you.

Another Chinese person, a doctor who was forced to preform these harvesting operations. He escaped and has asylum in the UK. But his story is chilling. And you wonder how anyone can participate in that.

So I sat on this audio for years. I just didn’t know what the hell to do with it. It was significant but when I came back from that holiday, my own world was changing. I was in the middle of a divorce and preparing my move out of my house and to a new country. It just slipped away.

And now, with this pandemic, which to me is mostly a psychological one, I question every day the legitimacy of this virus. Why? Because it came from China. And there is so much misinformation from the mainstream media as well as independent sources, that the truth is shoved aside or diluted. And the reason I know is that, believe it or not, I am also an expert in my field. I’ve been studying mass media, communications and journalism since I was in junior high. I know to some of you the credentials are important. So I’m just putting that out there.

Misinformation, propaganda, and if you read history, this is not new. So to go back to the audio. I just think now is the time. Because we may, as good spiritual people, not be able to do anything at the moment, but what we can do, what we owe to ourselves, our children and the future of humanity is seek the truth, or at least to listen.

And let me tell you, China is wealthy and prosperous. However, the Chinese are not free people. And you see a side of their society that looks like it’s all good. But the good people, the lower classes, even the working and middle class, will tell you something completely different if they are allowed a voice.

So, over the holiday, I will be posting these audio pieces, and hopefully with the transcripts as well. I really hope you take the time to listen and think. What does this all mean? How is it connected. How can we help, like them, we can protest by passing these stories along and like the meditation, keep those vibrations high. I know it’s difficult. But it’s what we have to do.

Thank you for engaging. 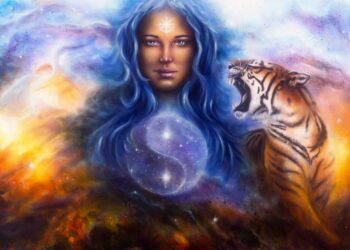